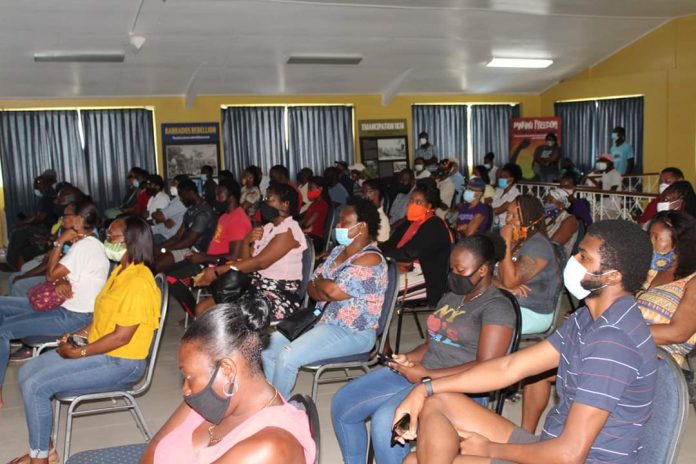 Former LIAT employees will have the opportunity to further their education in any department at the UWI Fourth landed Campus at Five Islands through scholarships.

“We believe there is an opportunity for them to retool themselves and accordingly, we will be looking at leveraging our relationship with the University of the West Indies here to make a determination as to whether or not those who would be inclined to seek high levels of education for retooling,” Cabinet Spokesperson Medlford Nicholas explained on Thursday morning.

This move is just one of many benefits government wants to roll out for those former employees.

Cabinet further agreed that “a moral obligation exists to pay severance to former LIAT employees throughout the countries where LIAT once operated” as the regional carrier is not in a position to meet those costs.

Last April, over 90 per cent of LIAT staff were temporarily laid off without being given proper notice and pay.  At the time the layoffs and terminations were made effective, LIAT was majority-owned by four CARICOM shareholder governments.

Just this week, some former employees in Antigua took to social media to share their frustrations and also to appeal to the shareholder governments of Barbados, Antigua and Barbuda, St Vincent and the Grenadines and Dominica, to come to their rescue.

The same outcry was made in Barbados.

Because of this, the Government of Antigua and Barbuda will make a special plea to all regional governments, through the Administrator appointed by the Court under the mamended Bankruptcy law, to make payments to their nationals after negotiations with the several unions that represented the LIAT workers.

“What the government is proposing, is that it along with the other CARICOM governments, we feel there is a  moral obligation for us to find some degree of restitution for those employees and the Government of Antigua and Barbuda is proposing a number of benefits that could be offered to the severed workers that we believe could be matched by several other states within the Caribbean community,” Nicholas shared.