Diego Maradona, one of the greatest footballers of all time, dies aged 60 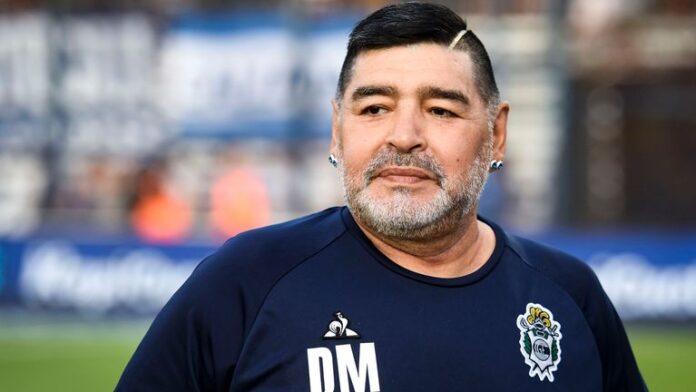 The football fraternity worldwide has been thrust into a state of mourning as one of the biggest names in the sport Diego Maradona passed away.

The Argentinian who turned 60 this year had brain surgeyr this month but died of a heart attack according to reports made by his laywer.

Maradona inspired his country to World Cup glory in 1986 when as captain he displayed a level of skill, creativity, strength and desire arguably not seen before or since. In the 2-1 quarter-final victory over England he also scored perhaps the greatest goal of all time, a match in which the forward also showed his darker, mischievous side with the infamous ‘Hand of God’.

Maradona also achieved success at club level, most notably with Napoli, whom he led to their first Serie A title in 1987. A second followed in 1990, alongside an Italian Cup in 1987 and a Uefa Cup in 1991, and such was the player’s impact at a club which previously had lived in the shadow of Italy’s northern powerhouses, particularly Juventus, Milan and Internazionale, that Napoli announced in 2000 that they were retiring his No 10 shirt.

It was during his seven years in Naples, however, that Maradona’s addiction to cocaine took grip. He was hit with a 15-month suspension for drug violations in 1991 – the year he left Napoli – and, three years later, was thrown out of the World Cup in the US after testing positive for ephedrine.

From there Maradona’s personal life spiralled out control and in 2000 and 2004 he was hospitalised for heart problems, the second time requiring the use of a respirator to breathe properly. The following year he underwent gastric-bypass surgery to help stem his obesity.

None of that, however, could overshadow his talents on the pitch which, at their peak, were almost supernatural.

Born in Buenos Aires on 30 October 1960, Diego Armando Maradona was a child prodigy and having joined Los Cebollitas, a youth team of Argentinos Juniors, at the age of 10 he played a key role in them going on an incredible 136-game winning streak, which in turn led to him making his debut for the senior side just before his 16th birthday.

Shortly after – on 27 February 1977 –Maradona made his debut for Argentina, coming on as a 65th minute substitute in a friendly against Hungary at La Bombonera, the home of Boca Juniors’, whom Maradona joined in 1981. He spent only one season at the club but in that time scored a stunning solo goal against arch rivals River Plate and helped Boca to win the title.

Given his rapid development and consistently commanding displays, it was no surprise Maradona was soon being courted by Europe’s biggest clubs and in 1982, having featured at his first World Cup, in Spain, he joined Barcelona for a then world record fee of £5m.

He struggled to show his best form for the Catalans, however, partly because of the broken ankle he suffered in September 1983 following a tackle from the “Butcher of Bilbao”, Andoni Goicoechea. But Maradona eventually recovered and in 1984 joined Napoli. Two years later came the World Cup in Mexico and the moment he established himself as a genuine great.

Argentina’s captain played every minute of every game, scoring five goals and providing assists for five others. He was supreme throughout, the most dynamic and exciting player at the tournament and took the breath away with his second goal against England at the Azteca Stadium when he twisted past two players on the halfway line before bursting past another pair and, under pressure from Terry Butcher’s lunge, went around Peter Shilton before passing the ball into an empty net. It was a stunning display of skill allied to courage and it little wonder the strike is still refereed to by some as “the goal of the century.”

Four minutes earlier Maradona scored his first of the game. Argentina’s No10 clearly punched the ball past Shilton as the pair challenged for a high ball but despite protests from Bobby Robson’s men, the goal stood. “I’ll never forgive him,” Butcher said in 2008. “It’s not nice when you lose a World Cup quarter-final under those circumstances. It’s very hard to forgive and forget in the circumstances. “

Maradona took part in two further World Cups – in 1990, when he captained Argentina to runners-up place, and 1994, when he was sent home having scored in the 4-0 group victory over Greece, which proved to be his last appearance for his country. In total Maradona was capped 91 times, scoring 34 goals.

At club level Maradona joined Sevilla following his departure from Napoli before returning to his homeland to play for Newell’s Old Boys and Boca, where he retired in 1997.

Following his personal battles he managed Argentina for two years, taking them to the 2010 World Cup in South Africa where a team containing the likes of Juan Sebastian Veron, Carlos Tevez and Lionel Messi reached the quarter-finals. A year later, and having left the national team post, he took charge of Dubai-based club Al-Wasl before going on to hold a number of positions, most recently manager of Argentinian first division side Gimnasia y Esgrima.

But it is for his playing exploits that Maradona will be best remembered. Having been named South American Footballer of the Year on five occasions, he was in 2000 named Fifa’s Player of the Century alongside Pele following a combination of an internet poll and nominations from Fifa officials, coaches and players. Maradona won the popular vote. (The Guardian)

The most recent reports received by the Ministry of Health, Wellness and the Environment from the Mount St. John’s Medical Center (MSJMC)...
Read more
Headlines That Matter

Police have confirmed the death of Nicole Babtiste, also known as ‘midget’.

The lifeless body of the well-known 50-year-old woman was found in the Perry Bay this morning. Reports are that she was discovered lying...
Read more
Load more