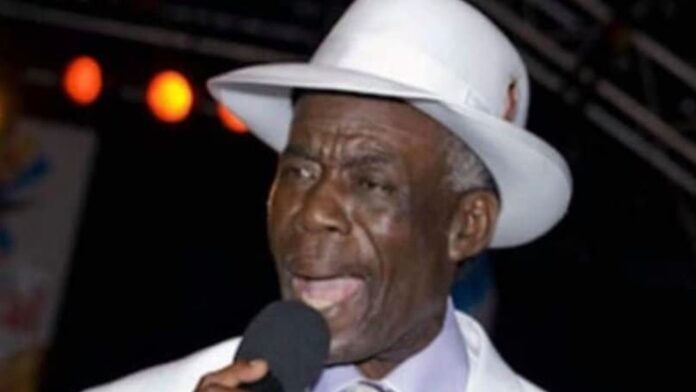 Members of the calypso and soca fraternities, government officials, other dignitaries, family, friends and well-wishers turned out in their numbers this morning to pay tribute and their final respects to Sir Rupert, who passed away, at the age of 78, on September 11, after a prolonged illness.

Paying tribute to his friend of over 40 years was Bernard Percival, who worked with Sir Rupert for decades, operating Swallow’s Calypso Pepperpot.

Percival, who admitted it was difficult to say goodbye, said Sir Rupert was not a person motivated by economic consideration. Rather, he created an avenue for fellow calypsonians to “have an opportunity to practice their craft and get ready for the big stage.”

Accordingly, Percival said Antigua and Barbuda and, by extension, the region has lost a “giant in calypso.”  Like others, he also described the calypso icon as a magnificent performer, a dapper dresser, and a fierce competitor at all times.

Percival, a former politician, recommended that a scholarship programme in arts and culture be named in Sir Rupert’s honour.

His proposal followed that of Sir McLean “King Short Shirt” Emanuel, who called for a stretch of the road leading into Willikies to be named after his friend and longtime rival.

Sir Rupert’s body was entombed in Willikies, where he grew up. His son Kevin Philo was allowed to lay his wreath first.