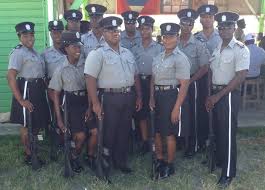 The Police Welfare Association (PWA) says its membership is clamouring for a meeting to discuss the many outstanding issues facing the Force at this time.

By law, police officers are not permitted to take industrial action; but they are allowed to attend any meeting called by their union, the PWA, and this is sometimes used as a form of protest action.

Corporal Marilyn Harris, the PWA Vice Chairman, says that officers attached to the Parham Police Station also requested a meeting, after the roof of that building began to leak during last week’s heavy rains.

Corporal Harris says the membership of the Force continues to suffer, but the authorities seem not to care.

Meanwhile, she is assuring the public that the Police will continue to protect and serve, even while they attempt to force the authorities to address their barrage of vexing issues.

A meeting date has not been decided as yet, but the PWA says the full executive will meet shortly to chart the way forward.

Facebook
Twitter
Pinterest
WhatsApp
Previous articleMP Michael takes ALP to task for shortchanging Sir Rupert and asks comrades, ‘Were you there?’
Next articleRecurring late payment of hospital workers could lead to a downing of tools, Public Service Association President warns