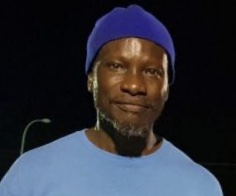 Mandy Weatherhead, one of the hosts of Progressive Sports, is making an appeal to all residents to come together in prayer today, September 18, at five minutes past midday.

Mandy, as he is better known, says this time was chosen because more than 80% of workers are on their lunch breaks then, and so would be free to join in the collective prayer.

As a citizen, Mandy says he is concerned about the high number of deaths taking place here, outside of those believed to be caused by the COVID-19 virus.

Mandy believes that with members of the community joining him in supplication, a large volume of prayer will be going up to the Heavenly Father at the same time.

Therefore, he is asking all residents to share this call to prayer with friends and neighbours, and via social media, to get the greatest possible response in the interest of saving the Nation.

“You don’t have to be a Christian to pray,” he reminds the public.

Weatherhead’s fears are shared by many persons, religious and non-believers alike.  They voiced similar sentiments in the early days of the COVID-19 pandemic when a string of sudden deaths – of mostly men – threw the country into a panic.

In the most recent spate, three men on whom knighthoods had been conferred died in quick succession: Sir Keithlyn Smith passed in August, while Sir Rupert Philo and Sir Selvyn Walter died this past week.