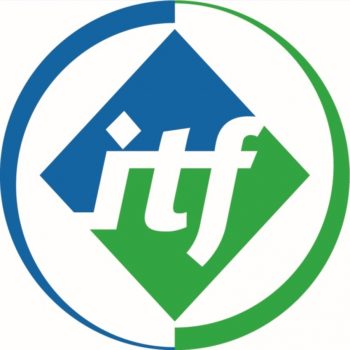 The International Transport Workers Federation (ITF) has joined in solidarity with the Antigua and Barbuda Workers Union (ABWU) more so port workers who are demanding their bonuses and advances which were agreed upon in a previous discussion.

Last week, the government, more so Prime Minister Gaston Browne who is the Minister responsible for Finance, indicated that they would not be able to pay advances or bonuses to the respective beneficiaries due to the financial impact of the covid-19 pandemic.

But the ABWU who represents the port workers has threatened to take strike action if the matter is not resolved.

Following that matter, PM Browne went on to publicly share his dissatisfaction over the behavior of the ABWU and the port workers and even mentioned that the military may be asked to step in but the ITF has now stepped in requesting that PM Browne as well as Attorney General Steadroy ‘Cutie’ Benjamin, the ABWU and port workers find ‘an amicable agreement’.

In the letter dated December 15th, the ITF shared their ‘surprise’ and ‘disappointment over the ‘breakdown in dialogue’ with the government and the ABWU.

It also went to detail the importance of port workers and why this matter needs to be resolved by any means.

“We note that the revenue from passenger and cargo ships is the largest income source for Antigua and Barbuda – accounting for almost 65%, which means that shipping and maritime workers play a vital role in the country’s economy.

“Therefore, it is extremely disappointing that the agreed productivity bonus will not be paid to port workers in violation of the written and signed agreement between the social partners. This is extra frustrating given the hardship the port workers in Antigua and worldwide have had to endure to ensure that necessary goods continue to be delivered around the world and the incredible efforts the port workers have made throughout the global pandemic that has claimed the lives of many transport workers including port workers.

“The ITF fully respects your leadership and wish to encourage and promote the full development and utilization of every communication vehicle available to bring a swift resolution to this crisis. Prior to the Attorney General issuing the order yesterday 14 December 2020 that the “trade dispute” shall not be a major dispute, as an act of good faith, the ABWU was willing to postpone their intended strike action today so that the leadership of ABWU, the port authority and the appropriate government minister can meet and reach an amicable agreement. Social dialogue is the foundation of any society and therefore fundamental to ensuring economic and political sustainability,” said the ITF.

The International body also addressed the PM’s comments on Facebook about military personnel being asked to step in. In the letter, the ITF ‘strongly opposed’ the use of the military and urged the PM ‘to find a solution within the industrial relations framework of Antigua and Barbuda’.

With this request and act of solidarity with the ABWU, the global trade union organization further indicated their openess to assist in mediating this matter.